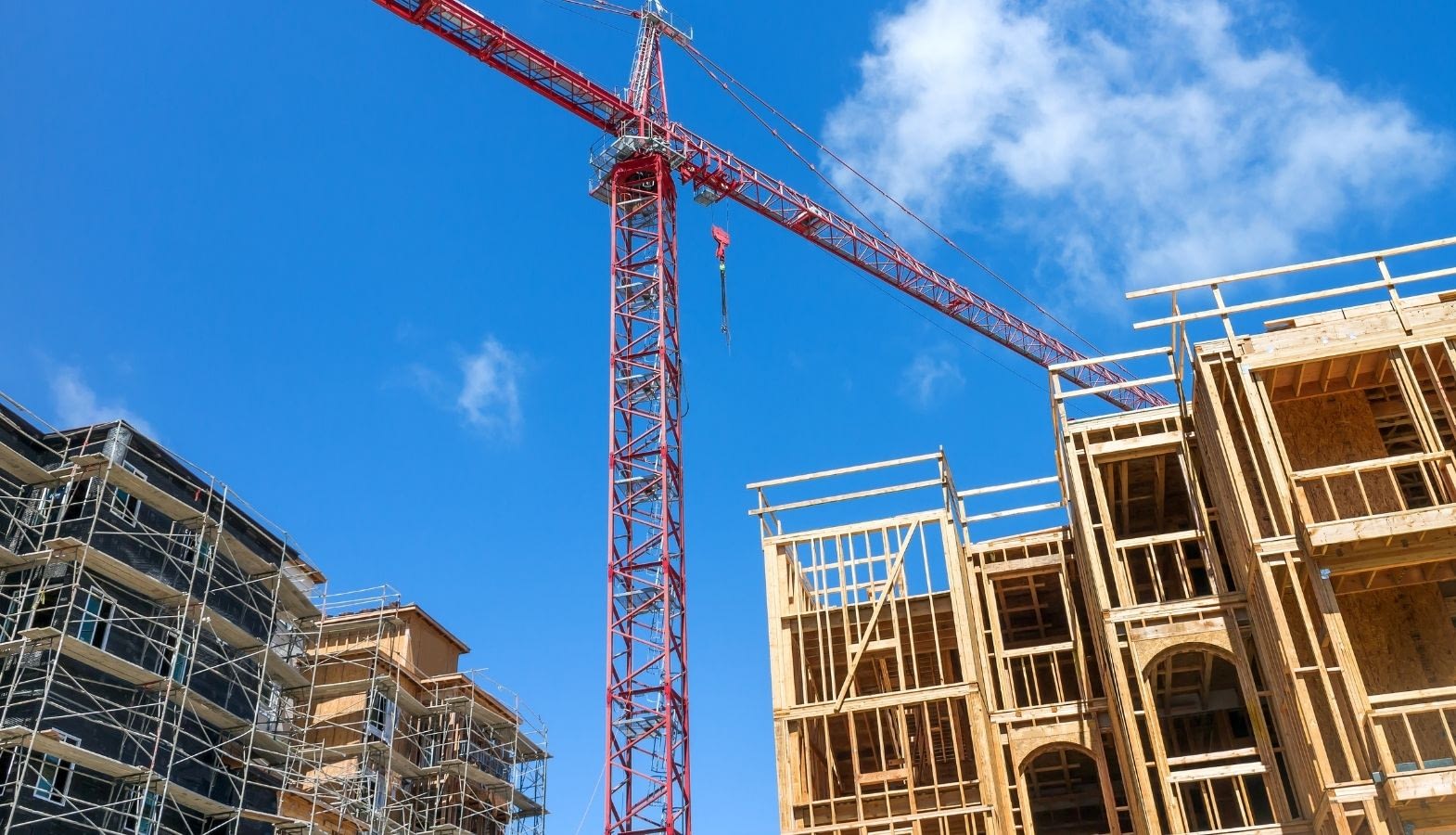 It should come as no surprise that affordability in the Canadian housing market has become a key issue in the upcoming federal election. According to a recent RE/MAX report, 42 per cent of Canadians said the high cost of housing was preventing them from entering the housing market, and 48 per cent shared concerns over their ability to afford a home in the next two years. This concern was significantly higher among young Canadians aged 18 to 34, with 71 per cent of them sharing this sentiment.

So, how do we improve affordability in the Canadian housing market?

If this sounds familiar, it should. Canadian real estate was an election issue in 2019, and back in 2015. Now, as we count down to September 21, unfortunately but unsurprisingly, this topic has once again resurfaced and like the housing market, it’s hotter than ever.

There’s been little movement in the right direction since the last federal election. Hot market conditions have been exacerbated by COVID-19, with extreme competition, unaffordable prices, and barely time to breathe in the whirlwind, let alone take the time required to make a calm and controlled decision.

In an effort to rein in runaway price growth, each party has raised its hand with solutions to make housing more affordable and accessible to Canadians. Here are some of their proposals.

Supporters are undoubtedly ready to go full steam ahead on the above in the interest of cooling this hot Canadian housing market, but RE/MAX Executives would prefer to pump the brakes on government interventions that are designed to control the market, and focus instead on increasing supply.

“I don’t believe government should always get involved, unless there’s an economic crisis, which is not the case here,” says Elton Ash, Executive Vice President at RE/MAX Canada. “Where should government involvement lie? In assisting developers to build product and removing red tape. We need less government intervention, not more. We need less taxation, not more. A supply-side solution needs to be a collaborative effort across all three levels of government.”

Christopher Alexander, Senior Vice President at RE/MAX Canada agrees. “Policies that impact market dynamics usually end badly for homeowners. The solution should not be about changing market dynamics but should focus on tackling supply challenges.”

Low supply and high demand have given sellers the upper hand. This has resulted in rising prices that have left many first-time homebuyers and young families out in the cold. RE/MAX is supportive of transactional transparency, but when it comes to blanket policies, the ripple effects must be carefully considered.

Specifically, the proposal to ban blind bidding is concerning, which would police real estate practices via the criminal code, while putting homebuyers and sellers in polarizing positions. This measure can potentially intensify Canada’s housing supply shortage, by putting sellers at a loss and thus, discouraging them from listing their homes. With Canada’s rate of new construction falling short of demand, buyer competition in the resale market could potentially get much worse.

It’s critical that Canada’s leaders understand all the implications of any large-scale actions on the housing market. In this case, the housing industry may have been able to provide some valuable insights and perhaps even some solutions to the crisis, had they been consulted.

While taxation may serve as a temporary cooling measure for a hot housing market, it has never been a successful long-term answer to rising prices. And as we all know, a band-aid is not a cure. Defaulting to conventional changes in tax and/or mortgage policies, as has been done in the past and reintroduced time and time again, does nothing to make Canadian real estate affordable for families.

Canada needs more housing supply. On this, there isn’t much debate. However, there are some things not everyone agrees on, like who’s eating up our inventory. Foreign investors and speculators are still shouldering some of the blame for depleting housing supply and driving prices out of reach of the average Canadian – which is why the foreign buyer/speculator tax keeps rearing its head. There’s already one in BC and one in Ontario – the country’s most expensive regions to buy or rent a home. Clearly, prices have not declined or even eased in their growth rate. Now, also on the table by the Liberals and the Conservatives is a promise to ban new foreign ownership of Canadian homes for the next two years.

When the housing bubble rumours and “speculator” speak got loud last spring, RE/MAX conducted a survey of brokers and agents in Western Canada, Ontario and the Atlantic Region, to find out if speculators were indeed a significant factor in the market. The RE/MAX network said that 96% of transactions were being done by end users. That is, people buying a home to live in.

We believe the problem – and solution – is much closer to home.

We might be starting to sound like a broken record, but the only solution to Canada’s housing affordability crisis is more housing supply. How do we get there?

First and foremost, a National Housing Strategy that successfully increases housing supply must be a coordinated effort between all three levels of government. Full stop.

Next, rather than penalizing with taxes and policies that do nothing to boost supply levels, why not incentivize developers to build more affordable, family-sized homes close to transit hubs? Tax rebates, reducing the red tape and easing the application and approval process can go a long way. Right now, in cities like Toronto and Vancouver, it can take two years or more to get a project approved, and then a couple more to build. During that time, Canadians are waiting, immigration is happening, demand is growing and prices continue to rise.

On the consumer side, home sellers can also be incentivized to move, through tax rebates or other incentives to ease the financial pain of selling a home and moving.

In the background of all this, the federal government should be working with provincial governments that need to improve their local economies – such as Alberta, Saskatchewan, Manitoba and Newfoundland – to help attract people to live and work. Canada has lots of “affordable” cities, but they don’t always have the same appeal as large urban centres like Toronto and Vancouver. Easing the pressure on Canada’s big cities may also ease the prohibitive price growth.

Canada doesn’t have a “home ownership problem”… yet.

Yes, there’s an affordability crisis in this country, but Canada has among the highest home-ownership rates in the world, at approximately 68%. There’s no question that Canadians value the idea of home ownership, and many are achieving it. This fact also makes housing a hot topic at the podium, as a potential way to win votes.

“First-time home ownership has always been a struggle. There’s an argument that prices rose faster than wages, therefore we’re in a crisis. There’s currently no economic crisis,” says Ash. “In terms of what we know today, our government has staved off a market crash with responsible lending practices and by keeping the interest rate low. Federal regulators have responded responsibly in that area. The concern is that the health of the Canadian housing market doesn’t become just a political platform with up to a four-year window. This needs to be a long-term strategy.”

The future of the Canadian housing market

What’s the biggest consequence of a continued affordability crisis in the Canadian housing market? “If this continues, there’s a chance that it’s going to further erode the middle class, which is problematic because they are working class, they have small businesses, and this will upset the balance and increase the divide between the haves and have-nots,” says Alexander. “The current government is fixated on equality and the current housing situation has not achieved that by any means.”

WHY YOU NEED A BUYER’S AGENT TO PURCHASE A NEW CONSTRUCTION HOME.
November 29, 2021

EXHAUSTED BUYERS: HERE’S HOW TO REINVIGORATE YOUR HOME SEARCH.
October 27, 2021

HOW TO USE ORGANIZATION AND MINDFULNESS TO CREATE A CALMING SANCTUARY AT HOME – EVEN IN A CHAOTIC WORLD.
October 6, 2021